Well hello there, today we are going to chat about a topic that is close to my heart. And that is, Financial Independence (FI). To be clear, in the personal finance community, Financial Independence is a state in which an individual or household has sufficient wealth to live on without having to depend on income from some form of employment. Today I will share with you my path to obtaining FI.

Now keep in mind, I am not fully FI as of yet. But I am darn close! And since I have made great strides in this endeavor, while working average jobs, I feel compelled to share what has worked for me.

You see, I grew up in a very rural part of the US. Pigs and Agriculture were the main exports of my little town.  And unfortunately, poverty was a symbol worn by many. My family was no exception. Now, we did have the bare, emphasis on bare essentials, but I don’t recall times where we missed meals. Just many monthly payments.

When I was a teenager, my parents decided to leverage their credit score a little more and managed to move into a middle-class suburb of Indianapolis. This effort was fueled by a promotion my father received at his job. For many years, I viewed simple little Indianapolis as the promised land. For it was the wealth here that allowed my parents to upgrade their home, cars and expose me to live near a library, white color jobs, and prosperity I never knew existed.  As a child, I watched the television show,  The Jefferson’s and the lyrics in the theme song became the mantra which represented this new chapter in my life;

We finally got a piece of the pie.

Fish don’t fry in the kitchen;
Beans don’t burn on the grill.
Took a whole lotta tryin’ just to get up that hill.
Now we’re up in the big leagues
Gettin’ our turn at bat.
As long as we live, it’s you and me baby
There ain’t nothin wrong with that.

Once the 2008 recession hit, I got to see hardship in this new land of mine. This was a crucial paradigm shift in my life. It taught me, no one single economy is immune to economic hardship. All the pretty little downtown main streets I grew up playing in were devastated by the recession. As a result, most of the unique locally owned shops closed down and the buildings became vacant. It felt as if I was living in a post-apocalyptic movie. 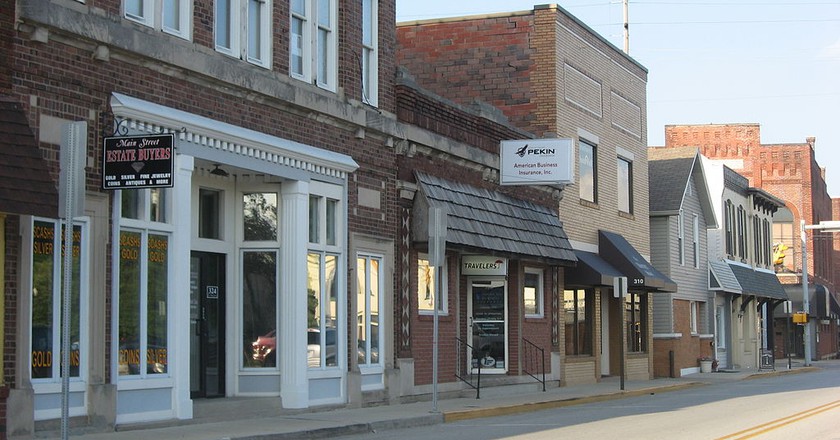 I was in a particularly weird situation career wise. You see, before the recession started (2005), I obtained my real estate license and started selling new construction homes in the Indy suburbs.  And sometime around 2008, those very same homes I sold became available for me to buy as investment properties since the owners, abandoned the properties due to repossession or job loss. I couldn’t help but wonder, how did I find myself in this situation where I was profiting, while others were losing their home?

Aghast by my new found wealth flipping repossessed properties, I started to leverage my credit score at dangerous levels to facilitate my investments in real estate. Long story short, eventually all the random banks that gave me loans went out of business and were absorbed by larger national banks. Almost immediately after this happened, the locked interest rate contracts on my loans were scrapped. As a result,  the rates on my ARM loans were increased to the max level. This act just mentioned increased my monthly payments on all three of the properties that I owned and nearly bankrupted me.

In order to keep up with these payments, I worked three jobs, sold everything (cell phone, laptop and even television), skipped breakfast (not willingly) and ate noodles and rice for about three months until I sold the properties. After I removed these monthly payments from my life, I continued working to save additional money and reflect on my mistakes. Yeah there were a lot of lessons learned from this pain. I’ll save all the specifics for another post. But my main takeaway, credit is too dangerous for me. Emphasis on “me”. I do not claim to be the arbitrator of financial matters, but I will share with you the benefits of a debt-free (completely debt-free, no mortgage) life.

Now I am not going to lie, eliminating my addiction to credit cards and loans was a hard feat to conquer. At first, living below my means wasn’t easy at all. However, applying lots of the frugal tactics listed on this site while also working 2 jobs helped me boost my savings account. I couldn’t believe how easy it was for me to simply save $1000 in the bank as an emergency fund when I didn’t have hundreds of credit card bill statements demanding my attention.

Here is where things get crazy… Once I learned that I could live off of 50% of my income, I became addicted to frugality. To me, frugality is not about limitations. It’s about sustainable innovation. And unlike the consequences of debt, being frugal and living below my income can give me the ultimate peace, which is Financial Independence (FI). Accumulating money for the sake of money is not the goal. Freedom is the goal. Specifically, the freedom to do what I want, work when I want, help when I want. The list goes on…

Since I have paid off my debt, FI has been my next goal. I follow lots of frugal bloggers, read lots of books on finance and investing, started DIY hobbies to focus on self-sufficiency. And I am just flabbergasted at the progress of my personal net worth since the year 2011 which is the year I became debt free.

Last year, I actually paid cash for my home. And now, my family (2 adults 1 dog and a baby on the way) is living off of less than 40k a year in expenses while investing the rest of our income. Even though I feel we could do better in reducing our expenses (30k is the goal), this is still an amazing feat that will enable us to, hopefully, retire early through FI.

So, back in my retire early post, I showed you how I could theoretically retire early. To be clear, FI does not necessarily mean early retirement for me. FI is simply a milestone. What you do with the liberty is up to you. As for me, I will probably still work for a little while. I love my current job. But I’d like to strive for FI while I am healthy and young. Because I know, if I don’t make a clearly defined goal to work towards, I will surely miss it.

So, on to my current portfolio review…

A few notes on figure A.

What is the total amount of my net worth? Well, once I hit FI (somewhere around 600k-700k) I’ll be happy to share. I am closer to that number than you think. Based on my past 3 year saving record, I am thinking I’ll be there in five years. As things change, I’ll be sure to update everyone along the way.

In closing, I first started to stress about the idea of growing my portfolio using stocks because I know this country is due for a recession. But then I started reading more on how investments work and there is a nugget below I’d like to share which is the basis of my investing strategy. From the book Intelligent Investor, by Benjamin Gram,

This post has been another entry in my investing series where I share lessons on growing money. How does investing work and how can we grow our funds responsibly? Perhaps we can create some rules of engagement. Perhaps we can avoid investing in schemes we don’t understand based on emotions. Lastly, perhaps we can contribute towards mitigating the pain of poverty by the opportunities created from Financial Independence.